In the book, Host: Six New Roles of Engagement, author Mark McKergow used this metaphor as a way to engage with other members of teams, organizations, communities, and movements. I read it from the perspective of a sales and marketing person, I felt it added great lessons about when to and when not to engage with a customer/prospect. Mark is my podcast guest next week and the excerpt discusses his view of Servant Leadership and why that metaphor may be broken. Mark can be found at sfwork.com.

Joe:  A host can take on a lot of different roles?

Mark McKergow:  They certainly do, and one of those is to serve people. I think that if you’re listening to this podcast and you’ve heard of servant leadership and in some fields that’s quite a big model, I know in Lean it is, in the Agile project and software world, it’s a big thing now… Servant leadership is a fantastic idea. It hasn’t caught on as much as it might have and I think there are various reasons for that. One of it is we don’t really have servants anymore. That metaphor is not one that really resonates with people anymore. Anyway, that doesn’t sound very cool. “Oh, I’m a servant…” That’s kind of I have to put other people first all the time. I think a host is a kind of servant in a way. A host is someone who invites people to gather around and engages people around the topic of common interest. 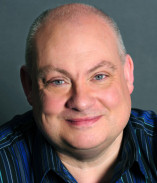 We all know what it takes to host a party for example. You host a party, and you think about the sort of party you want, you think about who would be neat to have there to have a great party, you invite them… of course, you have to invite them. You can’t compel them to come. You have to invite them and reach out. You create a space where the party is going to happen. People arrive, you introduce them to each other, and you make sure that they have what they need, and they have a good time. You connect them up with everybody else. You check the right people are there and maybe occasionally, you might need to throw somebody out of there being completely disrespectful, and then you join in. In six short things, you have what a host does, and that’s also a fantastic template for leadership in the 21st century.

Leadership is no longer about having all the answers and telling people what to do because of what I just said – things are confusing, things are complex, things are interrelated, things are changing with time. Rather the role of the leader becomes that of bringing people together and focusing them on the topics that need to be focused on, and serving is one piece of that. There’s a whole bunch of other stuff I think that leaders can do as well to make that happen, and that’s why I think leading as a host is a new metaphor. It’s not the same as leading as a servant, but it’s a build and an addition and a new dimension in that whole direction of stuff.