The 2 key ingredients of Kanban from a personal standpoint depicted in the book Personal Kanban: Mapping Work | Navigating Life by Benson and Barry and in business described in the Kanban: Successful Evolutionary Change for Your Technology Business> by Anderson were two things; visualize your work and limit work in process.

From my perspective in the sales and marketing world, visualizing work has improved with the advent of task boards; I will stop short of calling them Kanban boards. They struggle with the concept of moving stories across the board. I see mostly stagnant boards with cards being populated, like in Trello, in a vertical fashion versus being split in stories moving horizontally. Cards are still moved in the classic fashion from to do, doing, done but the to do and doing eventually become meshed together.  There is little in the idea of controlling work in process.

With the idea of everyone doing a sprint, I now see boards being looked at as a 7 to 14-day process and cards hardly if ever moving. The projects take on the character of a mini-waterfall project with the overall conceptual idea of what needs to be done in what order is taking place.  This is, of course, is the classic Gantt style chart now depicted on a task board. There is little in the idea of controlling work in process.

Another observation that has occurred to me is that many of have placed processes over the creative aspect of marketing. The importance of this is exemplified by Hubspot, Marketo, SalesForce and a host of a million or so new marketing processes. It has become so prevalent, that when first engaging with a customer, you are presented with at least 10 and more often, over fifteen different products, that are used in their marketing processes. Even the smallest company will have this many, and the integration of them has become a process even in itself. I can go on even further about software and the lack of integration even in suites of products, but everyone experiences the complications and frustrations and few understand what overall benefit they may be receiving. But the bottom line is there is little in the idea of controlling work in process attached to this thinking.

The idea of market segmentation which in a study of 30,000 startups that Harvard Business Review did many years ago, they found by a very wide margin that lack of market segmentation or customer definition as the number one reason for product/company failure. This is why it is not good enough to define a market based on general terms. For example, if you are going to empower me to manage my projects and be more productive and efficient, well there are a million apps that do that. Mot new product introductions fail because of the lack of a beachhead market that cannot live without the product. What happens is the cost of change is steeper than the cost of non-adoption. If you do not have that, all the marketing in the world may not get you there. In essence, it is limiting work in process. 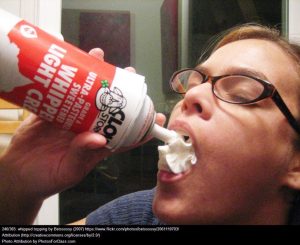 This idea of limiting work in process can also be termed as managing information overload. This theory is not new. It has just become more prevalent especially as software and apps have become available in widespread numbers. However, we see a shift as integration has now become maybe more important than individual apps. Table-stakes has become your integration with Gmail, Salesforce, etc. However, this idea of limiting your work in process when applied to software still has the stigma of being old school. It is like you are preventing innovation when you stop the flow of “new ideas” that everyone packages as software into your company.

In the Lean world, we talk about “Respect for People”. In Agile, we talk about empowering people. But can we really empower anyone with establishing limits and boundaries? In the book Know Can Do!: Put Your Know-How Into Action the authors emphasize the idea of information overload as a reason people don’t put their Know-How into action. They say:

To master something we should focus on a few key concepts, repeat them over time, immerse ourselves deeply in them, and expand on the ideas and skills. Space Repetition is key.

Once people have mastered their jobs, they are better able to be creative and make big things happen.

Are you limiting or empowering your people?