Patrick Waara was the first and only Software Design for Lean Six Sigma Master Black Belt in Xerox Corporation before launching ResponseAgility.  Patrick has more than 30 years of experience in software and IT, including software development, web development, systems engineering, project management, networks, and IT infrastructure. He is my guest in my next podcast and below is an excerpt where we talked about Personal Agility, one of his 3 pillars for Agile Development.

Note: This is a transcription of an interview. It has not gone through a professional editing process and may contain grammatical errors or incorrect formatting.

Joe: Tell me a little about personal agility in some of that training because that intrigues me. Because I think most people, developers and the agile people that listen to this are used to being, you know, the Scrum side and the technical side and everything but personal agility strikes a chord with me. I’m not sure everybody fully understands where you come from on that.

Patrick Waara: This material is derived from a guy named Christopher Avery. He wrote a book called Teamwork Is an Individual Skill, and he’s somebody whom I’ve worked with, gosh now, it’s got to be at least like over the past 7 years. But, this is really derived from his model that he has built. The first part of it is a descriptive model, it really is. It’s just the way nature is, and the concept is whenever we’re confronted with a problem we’d go through a very natural process of how we react to it. 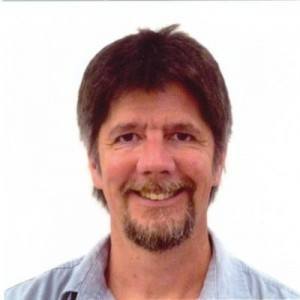 For example, this is one of the examples I use in my course. This descriptive model that describes how we generally react and this goes across religion, its culture, its gender, it seems to be an innate part of how we are as human beings, when confronted with a problem we go through a series of study gist or steps. The first thing we tend to do is blame. We relay blame on somebody else. “Now, who took my keys? Why aren’t my keys here? What the heck happened?” But then, once we realize that it isn’t somebody else then we start to justify the situation. “It’s not my fault. It’s circumstance. I can’t help it. Something else external to me is making this happen to me.” Once we get past that stage we move into a stage where they call it shame, where really we start laying blame on ourselves like “I’m such an idiot. Why did I do that?” We’re still not being resourceful. We’re still not at the stage of responsibility where we can do something.

Finally, the last step is we get stuck in obligation, where we feel obligated to do whatever we’re supposed to do. “Well, I guess I have to go to this stupid meeting. Well, I guess I have to do this.” The problem is when you’re stuck in any one of those steps that you’re not resourceful. You can actually take control with your own choice and then the responsibility is really about owning the choices that you have in front of you. Okay, so you can’t blame management. You can’t blame or justify because “This is just the way it is in my company.” You have to take ownership for the choices and what are you going to do about it. Once you get to that point, and that thought the process, that’s when you can be, what I call, you know, what Christopher calls Responsible. You’re in this point of responsibility.

The last one is to be able to confront yourself and see what’s really going on, and that’s one of the hardest parts is, you know, being able to see ‘how am I participating in this being stuck in this process’. Okay, how am I, it’s this seeing the unseen. There’s usually an issue where there’re 2 counteracting intentions that’s causing this problem. In a nutshell, that is what I mean by personal responsibility. It is about getting to a point where you can own the choices, or it’s driving whatever issue that you’d have to deal with.