The old adage of Lean was that everything that we did we referenced to Toyota. I have always wondered why since so much of Lean was actually American; Ford, Deming, etc. Due to their success Toyota certainly popularized Lean, mostly in the manufacturing area but as Lean has proliferated to other areas it has been further Americanized through software development, healthcare, and marketing.

I think Six Sigma became popular through the American companies that championed it like Motorola and GE. Lean is seldom identified if ever with an American Company. We continue to hold Toyota as the model and continue to use words like Sensei, Hoshin Kanri, Kaizen, Kaizen Event and Ishikawa diagrams. What’s wrong with Mentor, Policy Deployment, Continuous Improvement, Workout and the 5 Why’s? I can spell them, most of the time.

American Lean is developing at a fast pace. Case in point, the leading edge thought in Agile, Scrum, Kanban, Lean Startup, and Lean Development. It is rather confusing trying to distinguish between them at times. The cross pollination of these methodologies all have as a central point, Lean. As we structure future Lean Offerings we need to think about this new American Wave being created by these groups.

When you think about Lean, quit thinking about waste. Think Continuous Improvement; Iterative, PDCA, etc. Promoting CI Cycles is the idea that intrigues me and grabs me. I relate Lean more to the Boyd’s OODA Loop.

From Wikpedia: John Boyd created a model of decision and action, originally for air-to-air fighter combat, but which has proven useful in many areas of conflict. His model has four phases, which, while not usually stated in terms of the intelligence cycle, do relate to that cycle:

1. Observe: become aware of a threat or opportunity

2. Orient: put the observation into the context of other information

3. Decide: make the best possible action plan that can be carried out in a timely manner

After the action, the actor observes again, to see the effects of the action. If the cycle works properly, the actor has initiative, and can orient, decide, and act even faster in the second and subsequent iterations of the Boyd loop.

Waste is an afterthought.

In my Marketing Your Black Belt series, I encourage consultants, to quit hanging out with other consultants. Hang out in the communities your customers are in. Advertise where your customers advertise. The only people looking at ads nowadays are the ones paying for them. So don’t advertise to them, advertise with them. In respect to Lean, using the same principle – use words like Lean Healthcare, Lean Manufacturing, and Lean Transformation. Become a specialist in your customer’s backyard. Quit talking what Toyota does and start talking the outcomes Healthcare, Manufacturing, Development receives. A true Lean thinker realizes it is not about purity, it is about outcomes for customers.

If we are going to Americanize Lean, we probably still need a Rock Star. Toyota was it for Lean but the U.S. never identified a person within the organization. Six Sigma is not every manufacturers dream without Jack Welch and GE. I suspect we will get a Lean Rock Start on an industry level such as Healthcare, Supply Chain, Manufacturing, Startups, Development, etc. These will be the industries that adhere to Lean. I think Lean without a tagline will always be related to Toyota. That crown is still there for them to have, if they choose. I also think they could use a star, Toyota President of North America Operations or something. A Lee Iacocca to stand up in front of congress and sell the American Public. Every successful handling of a crisis always had a person identified to the success. However, I doubt this will happen.

I am excited about the future of American Lean. I see a large list of Rock Stars on the horizon and the future of Lean in America is strong and developing at a rapid pace. My Rock Stars are below, do you have any to add?

P.S. It is also interesting how this group has a linkage to Geoffrey Moore, author of Crossing the Chasm and Clayton Christensen, author of the Innovators Dilemma.

6 thoughts on “Who is your Lean Rock star?” 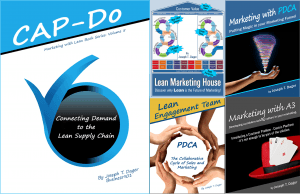