In Robert Fritz’s, The Path of Least Resistance for Managers (In the new edition, Robert has added a chapter on Lean in the update) and calls it “The New Lean.” I am not ready to jump ship on old Lean quite yet, but I think you will find his approach rather unique and not without merit. From his new book: 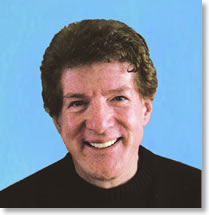 As we have said, traditional lean is long overdue for an update. The new lean gets at the very fundamental principles that go well beyond the antiquated forms that have developed over the past 50 years. The major things to keep in mind is to move lean from problem driven to outcome driven, rethink any process based on the above design principles, and refine the design and execution elements to the processes as we live in them.

Another insight that the new lean cites is that lean is a grass roots movement rather than an expert-driven discipline. Most people do not need a lot of training to accomplish miracles of redesign. In many ways it is common sense and obvious what to do once we give teams the accountability and authority to address the systems they are in. New lean puts the focus on the teams rather than on the experts.

Robert’s thoughts about moving from problem-drive to outcome driven are very much aligned with mine. He may push a little much about hierarchy and belts equating Lean to Six Sigma or that Lean Six Sigma stuff which many do. However, with the rise in Lean certification, which stands a very good chance of becoming similar to the Belt structure in Six Sigma, his points are worth listening too. His thoughts about teams and structural conflicts within the organization are very similar to mine. I left a few thoughts in from our discussion before the podcast started.

or go to the Business901 iTunes Store.

Robert Fritz has been around the Dr. Deming world, which we discuss in the latter part of the podcast, since the 1970s. You may even recognize his work as he was an instrumental part of the original Systems Thinking Group with Peter Senge. Peter actually offers a marvelous introduction in the book.

Robert Fritz, composer, filmmaker and organizational consultant is the founder of Technologies for Creating. During the past twenty-five years, over 80,000 people in 27 countries have participated in trainings created by Robert Fritz. His insights on the creative process and structural dynamics serve as the foundation of meaningful and lasting change for both individuals and organizations.