I want to jump back to TWI and dig a little deeper. You had mentioned to me that Job Relations is really two programs instead of just one. What are they and how is Job Relations introduced in your thinking? – jd

Mark Warren:      If you take the original Job Relations pocket card and they had pocket cards for each one of the programs so you could follow them, it’s kind of an outline, on one side you have basically problem solving. So what do you do when you have a major people problem? Well, step one, you go get the facts. On the other side you have, what do you do — it’s more of a proactive side, what do you do to kind of minimize having people problems? And if we put this into context, this program was actually created in Harvard University, so they used case studies. The trap we have gotten into in following this traditional piece is we just approach it and use all of our examples of management disasters, where somebody has really overstepped their bounds and the supervisor has just been a terrible boss. And so we go about well, we think about the steps that he went through, and what did he do, and why did he do it, and maybe it’s not the right way to behave, but if you really look at it, this problem solving is a very generic sort of tool and it’s almost the scientific method of just go get the facts, wait in the side, think of multiple solutions, and you also try to think ahead and maybe what will happen if I do this. 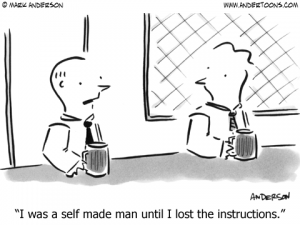 We’re trying to get people to think strategically as well and this is one of the things in the integrated program that we begin to put together is originally the first two groups that we worked with, we did the traditional Job Instruction, then Job Relations, then Job Methods. So when we got to the Job Relations point, we asked the group to define a generic problem and of course everybody tries to come up with the largest, most difficult problem they have that’s kind of ‘save the world from world hunger’ kind of thing. But when we begin to peel it back, we find there’re lots of little details and as we use basically the 5 Whys and actually validate the answers, we use a process called FOG- fact, opinion, or guess. We assume that every first answer isn’t just a guess; at best, it’s an opinion, so we try to push people to go get facts. Once we begin to get the facts, then we ask better questions for the next level and almost everyone of the examples people brought is being added to you in people problems turned out to either be Job Instruction where one, we hadn’t taught the people well or two, we hadn’t communicated our expectations well – now, that’s sad. Or on the Job Methods or process side, we had really lousy processes, and we were still expecting people to make daily production. And that’s why the people have kind of an attitude. It’s more we’re the management, we’re holding the steering wheel, and yet we’re not really doing our job well.

On the proactive side, what we find is it talks about respecting people. I mean this is where the respect for people came from was from the proactive side of the Job Relations program. What we began to found is we looked at it and also with an internal program that TWI had – Follow-Through and later renamed Follow-Up, this was the critical coaching piece that the manager needs to do and during the managing of the coaching session, you actually begin to build a personal relationship, managers to supervisors, and if you can do this between managers 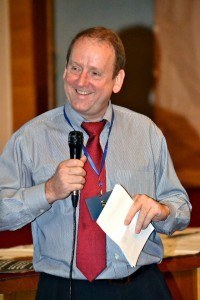 and supervisors, the supervisors have a pattern that they can do with their behaviors between them and the workers. Part of it was we set up the expectations – it’s kind of a joint coaching operation.

Mark Warren, of Tesla2 Inc. has decades years of experience working with Tier 1 and 2 suppliers to improve their manufacturing productivity and quality. He travels the world to learn and teach about Lean and most specifically TWI.