The concept of PDCA (Plan Do Check Act) is based on the scientific method, as developed from the work of Francis Bacon (Novum Organum, 1620). The scientific method can be written as “hypothesis” – “experiment” – “evaluation” or plan, do, and check. Shewhart described manufacture under “control” – under statistical control – as a three step process of specification, production, and inspection. Clearly, Shewhart intended the analyst to take action based on the conclusions of the evaluation.

PDCA was made popular by Dr. W. Edwards Deming, who is considered by many to be the father of modern quality control; however it was always referred by him as the “Shewhart cycle”. Deming preferred plan, do, study, act because “study” has connotations in English closer to Shewhart’s intent than “check”.

A fundamental principle of the scientific method and PDCA/PDSA is iteration—once a hypothesis is confirmed (or negated), executing the cycle again will extend the knowledge further. Repeating the PDCA/PDSA cycle can bring us closer to the goal, usually a perfect operation and output.

In a a Business901 Podcast Dr. Womack stated his view of Lean/PDCA: “It’s an experimental process that you try things. Deming most famously captured it in PDCA. But again, Deming didn’t exactly think of science. Hey, let’s give Galileo a little bit of credit.

Now look, it’s by design and experimental process. By the way, Kaizen is nothing but an experiment. There’s a plan based on grasping the situation, I hope, which is to say what is the issue? Then you do it, and that’s to run the experiment. You can run a valid experiment because you have baseline data on how the current state works. So then you change something in a future state, and you measure the difference and decide whether that’s a good or bad result and whether to standardize it or not.

The entire idea here is to capture knowledge in books of knowledge and the product development system in a progression of A3s which, of course, we talk about a lot at LEI. But A3s are really nothing but a way to put an experiment in context. You put PDCA in context and so they become their own book of knowledge as time moves ahead. If you’re not trying to learn something and not trying to cumulatively learn something, so you don’t have to do the same experiment over and over, as I often see in companies? Well then, you need some sort of a way to write it down. To standardize it so you can sustain it as well as discover it.”

This is the predominant thought process of PDCA/PDSA. There have been many adaptions of this cycle as depicted in the following diagram. 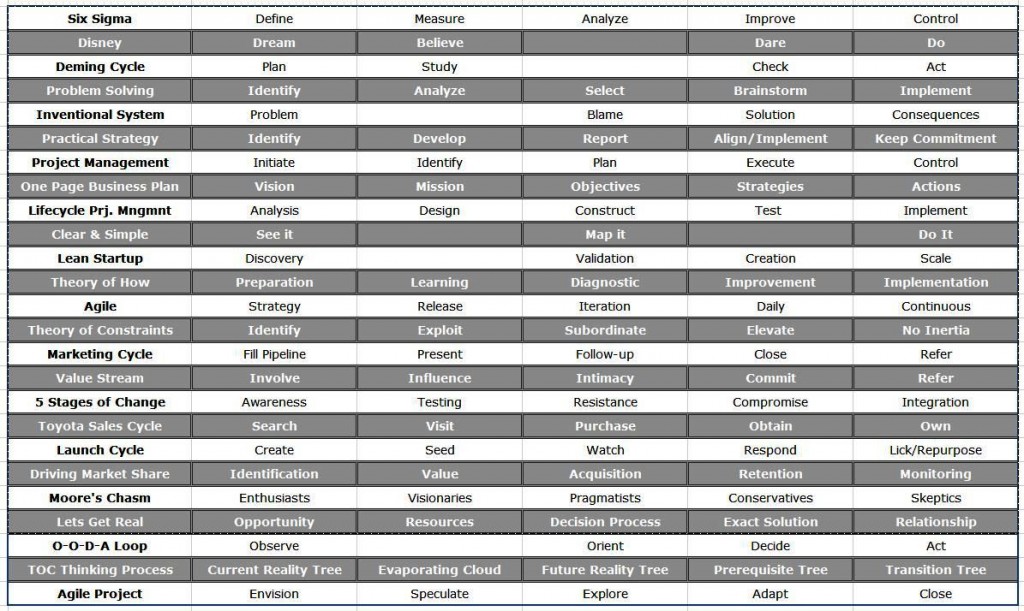 One method was by Toyota that I learned about through Graham Hill who was the head of CRM at Toyota Financial Services at a European facility. He stated that: “Marketing in highly competitive markets is about exploring new propositions on the innovation fitness landscape. The environment determines where to start and complex marketing environments need EDCA (EDCA = Explore–Do–Check-Act, PDCA = Plan, SDCA = Standardize). Marketing Operations is all about moving along the EDCA>PDCA>SDCA pathway.”

In healthcare and other industries there seems to be the prevalent culture of PDSA versus the more traditional method of PDCA. The thinking, I believe coincides with Deming’s belief that check is somewhat misunderstood and study is a more appropriate term.

The next step of evolution of may be the beginning of the end of PDCA as it exists today. There has been a subtle process that has been taking place that I feel is causing an enormous shift in our thinking. Standardizing the process has been one of the most controversial areas of Lean and PDCA throughout the years. Most Lean traditionalist will argue that a standard is part of the process. That was the function of A (Act) in the PDCA/PDSA cycle. Of course, if you could not reach standard you went through the process again. Many claim the word Adapt is better terminology at this point versus Act. The thought is that you never stop improving so a standard is never reached.

Other thoughts from a Lean Software Architect, James Coplien states: “A good feedback cycle has the appearance of causing problems. It will cause emergent and latent requirements to surface. That means rework: the value of prototypes is that they push this rework back into analysis, where it has more value. And most important, good end user engagement changes end user expectations. It is only by participating in a feedback loop that’s grounded in reality that customers get the opportunity they need to reflect on what they’re asking for. If your customer changes their expectations in the process, you’ve both learned something. Embracing change doesn’t just mean reacting to it: it means providing the catalysts that accelerate it.

Along comes the innovation crowd, headed by Eric Ries of the Lean Startup and he favors the use of Build – Measure – Learn which is very similar to PDSA. I would argue that each of the four components of PDSA may be minimized somewhat in practice of the Lean Startup Cycle but for innovation it is a much needed strategy. I will even go one step further and state that sometimes a three step cycle has been minimized to two steps. Such as a half-cycle version of Inspect and Adapt (IA) is common within game structures.

These iterative processes are simply responding to the ever increasing world of uncertainty that we live in. New books and methodologies such as the Lean Startup, Little Bets, Adapt, Service Design, Agile and even the new Toyota Way book all are focusing on iterations but they are fundamentally just PDCA (Plan–Do–Check–Act). Test a hypothesis, improve on it and test it again. We evolve to an answer through iterations.

No, death spiral yet?

There is an underlying tone that we are still internally focused at the beginning and that we check or learn from the customer to validate our hypothesis. What is missing in this equation is the involvement of the customer in the P (Plan) or Build stage of the cycle. I propose that this stage should be replaced with a C stage versus a Plan stage. The C stage represents Customer or more specifically Co-creation, Co-producing, or at the very least Cooperation. 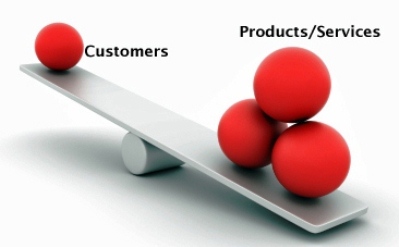 Demonstrating a shared outcome with your customers should be the ultimate strategy of your company and your improvement cycles. Many people are still touting improving capabilities of internal processes. Except for growing industries, such as healthcare most companies see little return in their investment in process methodologies. It is not enough to improve internally anymore. We do not live in a world of excess demand. The strategies that we need for improvement must be on the demand side. We must simply focus on the customer. 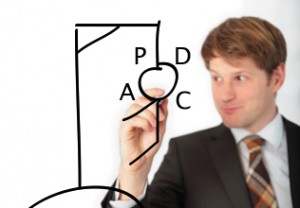 Our planning cannot be isolated. In fact, we no longer own our standards. They are only validated through customer interaction. The customer cannot be introduced at the end of the cycle, he must be at the beginning and part of the entire cycle. We must share a Co-Destiny with our customer. CDSA may be the replacement for PDSA. The evolution of our company may be one of Community, Connection, Cooperation, Co-producing, Co-creation and finally Co-Destiny with each being supported by Do-Study-Adapt.

So is PDCA alive and well? Or is it in Trouble?